“Neopixels” is Adafruit's brand name for a series of addressable LEDs. While this is an easy name to remember and search for, only Adafruit products are technically 'Neopixels'. On Aliexpress and other suppliers, often searching for the LED types themselves will get better results than this name.

From their guide: “Not all addressable LEDs are NeoPixels. “NeoPixel” is Adafruit’s brand for individually-addressable RGB color pixels and strips based on the WS2812, WS2811 and SK6812 LED/drivers, using a single-wire control protocol.”

Participants will be introduced to addressable LEDs and helped through connection and basic setup of a strip to make pretty lights.

The workshop will cover:

This should be done as prep for the workshop due to soldering and silicon curing time. Strips can be used for multi-able workshops if not damaged. 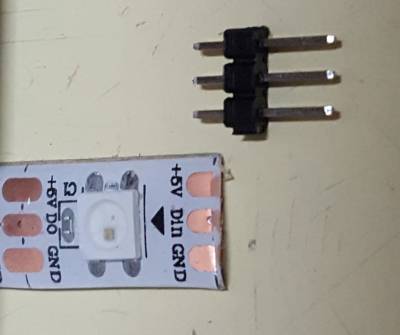 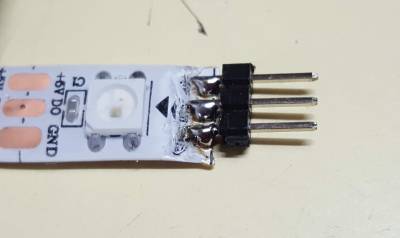 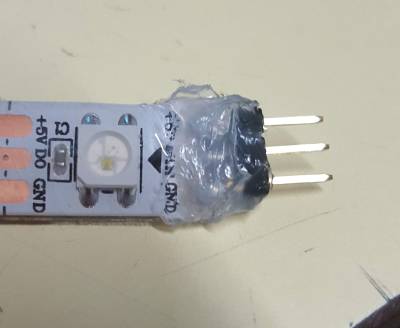 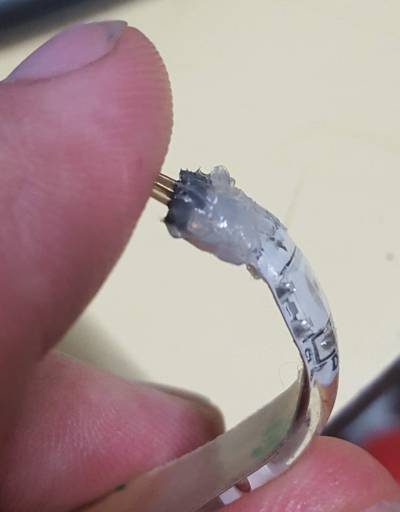 – While silicon works under all condtions and provides the best join, if the strip is bare type or with a peel back style silicon cover, hot glue works well, is faster and easier to remove.

Step One: Arduino Software and Drivers

Download the latest version of the Arduino IDE. Select your operating system and when prompted choose “Just Download”.

Follow the instruction and install the program on your computer.

Connect the USB cable to your Arduino. A red and then a green light should light up on the Arduino, indicating that it's receiving power. The green LED should glow solid. Now launch Arduino.

Go to the Tools menu and change the following:

Once that is done, run “Get Board Info” in the same menu, this should bring up a small popup with some info. As long a you're not receiving an error in the console, you have successfully connected your Arduino!

Another step you can take to test that everything is working is load one of the basic example projects and uploading it to the Arduino.

Click on the verify button (Check mark) and let it compile. You should be getting message at the top of the console telling you when it's done (should take no more than a few seconds).

Once that is done, without any errors, click the Upload button (Arrow). This will upload the instructions to the Arduino and it will say “Done Uploading” when everything worked.

Your red LED on the Nano should now be blinking, one second on, one second off. Uploading scripts to your Arduino works! Now we are ready for the real projects.

Search for “Neopixel”, click on the “Adafruit Neopixel” then click the “Install” button. You will need to restart Arduino (by closing the program not just the window).

Once everything is installed launch Arduino again, it should now have the libraries installed and ready to use.

Go to File → Examples again, at the bottom you should find “Adafruit LED Backpack Library”, within that menu select “Matrix8x8”.

This should open up a new Arduino window with a test project. Once you've completed Step Four: Connect the LED Backpack you can upload this script to try it out.

The strip requires connection of three wires to the arduino, two for power and ground and one for data. 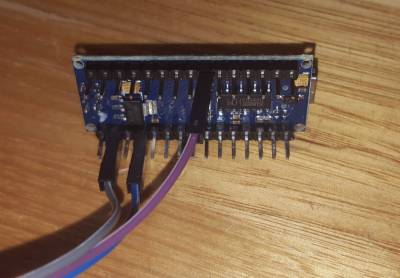 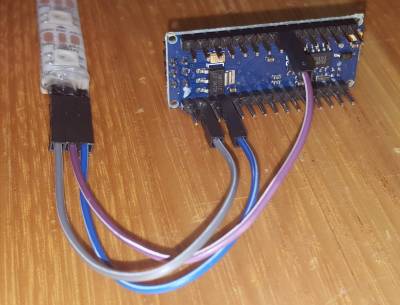 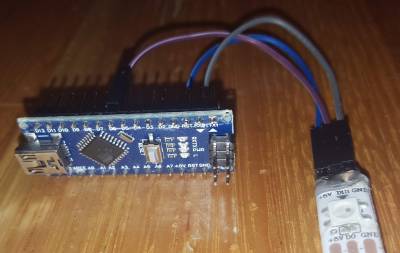 Which of the critical success factors does this Prototype target? For more details see SLQ-Strategic-Plan-2016-20

Delivering of The Edge Promises

Aside from the SLQ Strategic Plan, there is The Edge's commitments to the community and the lens we look at it through. Here are a few more check boxes for you to answer

This empowers creative experimentation across...

Everything you need to know is in: