Aka: Don't look into the window with a soul?

Do something pretty with these!

LCD screen with a raspberry Pi and copper foil capastive touch sensors on the inside of the window.

Better view of the door: 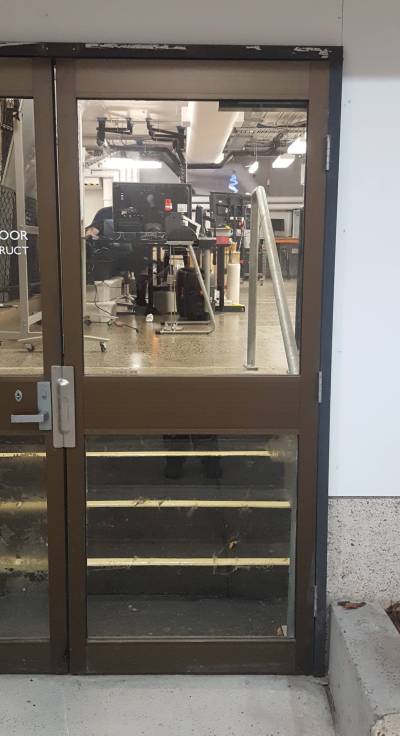 We can't remove the sign, it's part of the fire safety stuff. But we can build things below it.

Some kind of ants nest. Maybe filling about half the window?

(List all the tools you used to complete the project, eg: from #1 Philips screwdrivers, to the CNC machine)

Don't forget to include design files for CNC, laser cutting or 3D printing but remember they need to be zipped before uploading to the Wiki ( it is also useful if they are in a transferable format, .svg rather than .ai, for example ).

( This is where you can put ideas that you tried, but which did not work and why ! )

( Here you can put any suggestions from users that you have not yet implemented, and mention any unforeseen difficulties encountered in operation or construction )

Any External Links like 'Thingiverse' etc. to go here …

( Use this section as a running summary of how the project is going so that others can follow. Diary type entries, with dates, would be a good format.)