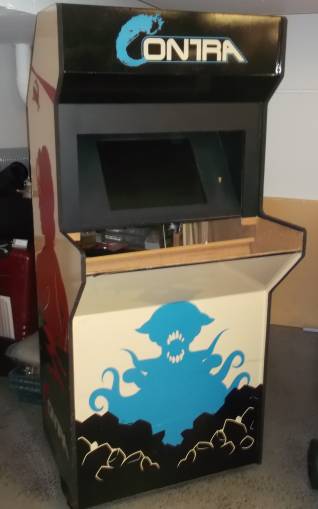 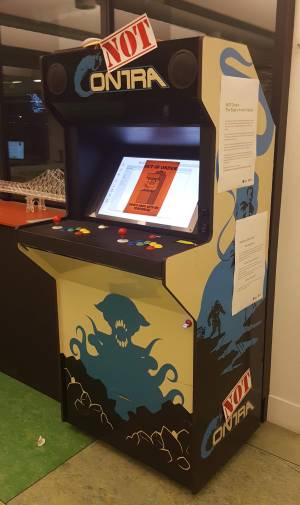 NOTE: Theses segments are in rough chronological order. However further progress on the same item is added to that item.

This is kept stored inside the cabinet for future reference and to keep all the original woodwork in the same place.
It uses a gutted xbox controller for the cabinet's original use. Buttons were salvaged but microswitches left intact.
When the replaceable panel system is built, it would be nice to reinstate it that as one of the options. 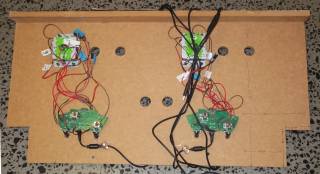 Based on a modified Street Fighter layout that seems to be one of the most versatile single panel options.

New panel drawn out and cut using hand tools, a bit rough but will do. 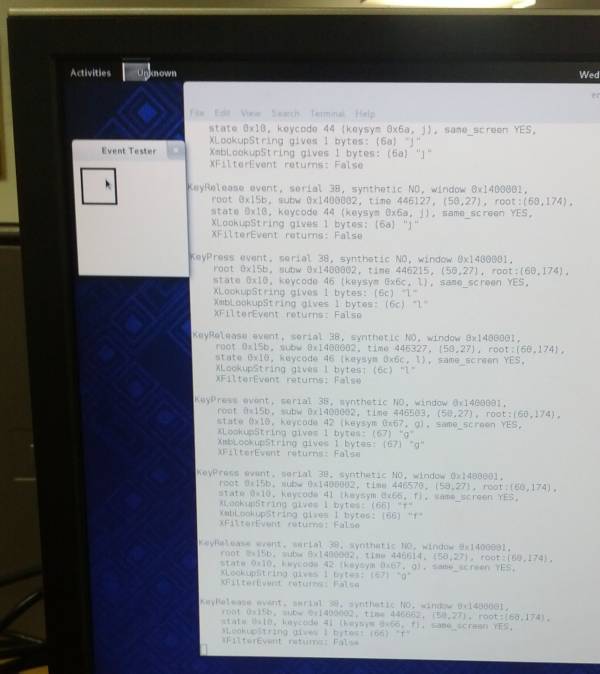 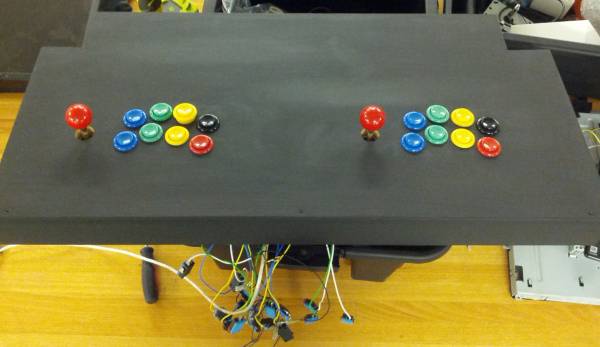 The old LCD TV screen was a missing it's power supply and a few other parts.

A newer much better computer screen was found in the piles of equipment. Old screen was removed and front cut to fit new one. The cabinet's original design was based on plans with a few design problems for the current use and included a large overhang above the screen that prevented any adults not sitting down from using it.

This was the only major piece of rebuilding that was done to the cabinet and a decision was made to not change as little as possible while making it usable.

All materials were salvaged from previous changes or recut to suit the new angles and major joins were filled and sanded but minor imperfections were left. 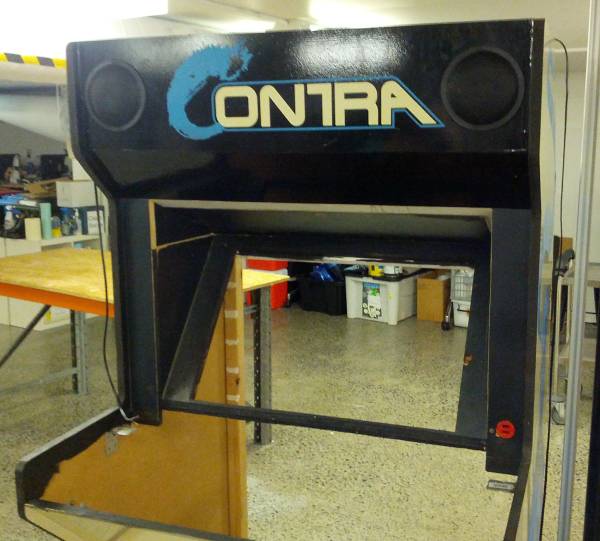 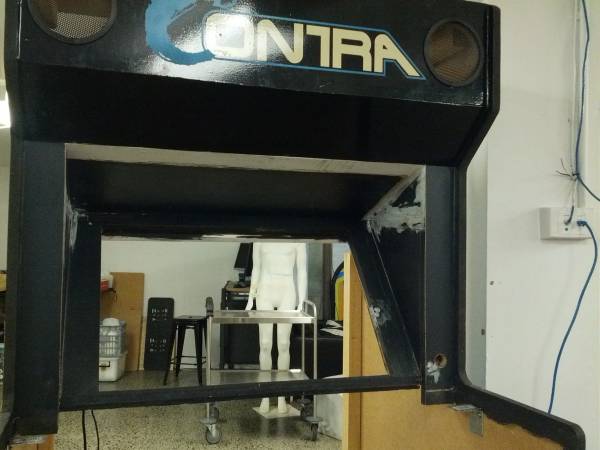 Four external USB ports were added, two on the lower part of the cabinet, two above the main panel. Originally fans were planned to keep the cabinet cool due to having a large LCD monitor and a PC running inside it,
however during testing it was found that leaving speakers or other parts out at the top created enough of a chimney effect to provide more than adequate cooling.

As just cutting slots in the top would be ugly and allow dust ingress, louvered down vents were donated and installed. The cabinet now stays cool. Once it was realised that the cabinet would end up being installed in open public areas and games started to be donated, a simple lock was installed.
As the cabinet is just screwed together anyway, something that would prevent opening without tools was chosen as adequate. Analog stick is mounted on an acrylic plate to allow easy replacement as final design will likely be Ultimarc UltraStik 360 installed as Player One's main joystick with a trackball replacing the current stick in a new peice of acrylic. It was done this way to experiment with analog inputs and play with a budget option as the UltraStik will be close to $100 instead of about $20 for this one.

Cutting the hole for the new joystick and building the actual joystick: