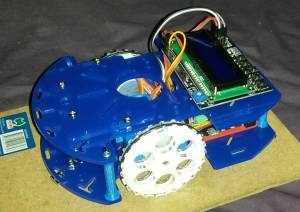 The robot is built around a simple 3mm laser cut acrylic frame with 3d printed attachments and parts. It can be assembled as a full featured, voice controlled, internet connected device down to a simple line following robot with price points to match.

Except for the self made parts(3d prints and lasercut) every component has multiple sources and equivalents, allowing the final user to choose between guaranteed parts from a reputable supplier(Genuine Adafruit) or the cheapest possible source(Aliexpress clone parts) and thus trade quality for price to the level where they are comfortable.

Bulk kits can be built up from just the laser cut/3d printed parts, maybe with fastener and a list of electronics with sources as well as complete kits.

As a pre-assembled learning platform

To teach programming, problem solving or similar in either C, MicroPython or Scratch(eventually). Each robot would be pre-built to match the intended language and workshop outcome, this allows organizers to test and debug each robot prior to the workshop, build spares and have a consistent and stable platform and helping the participants to focus on the coding and control side of things rather than using time assembling a standard machine. It also decreases costs due to having a reusable platform that can be on the high end of the price scale.

The focus of this is to build and test the actual robot platform. Participants would be given a (limited) set of options and encoraged to, stage by stage, build the robot up from a basic motion platform, adding sensors and interface, testing as they go until they have a final machine that can be taken home and learn using. In this style of workshop the testing code would be pre-written and can be simply uploaded to the robots as they progress.

Both of these workshop styles are also intended to feed back into the other one:

Mechanical: (No idea for cost)

Options: Each about $5 worth of parts. Pick two?

Laser cutter for frame and wheels. 3D printer for motor mounts and line drawing Basic hand tools. Final design should only require a screwdriver to assemble. 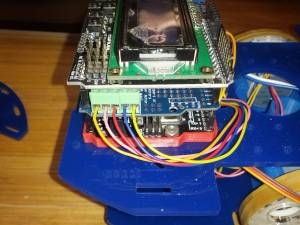 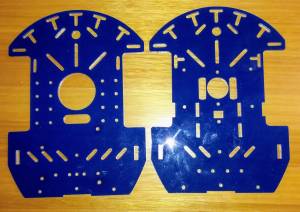