Dragon Body layout i the space

After discussion with Daniel re making the dragon's pose more dynamic - essentially raising the front 1/4 of body off the ground- i started the process of the fabricating body by laying 1:1 markings on the ground of the plan view of the installation. 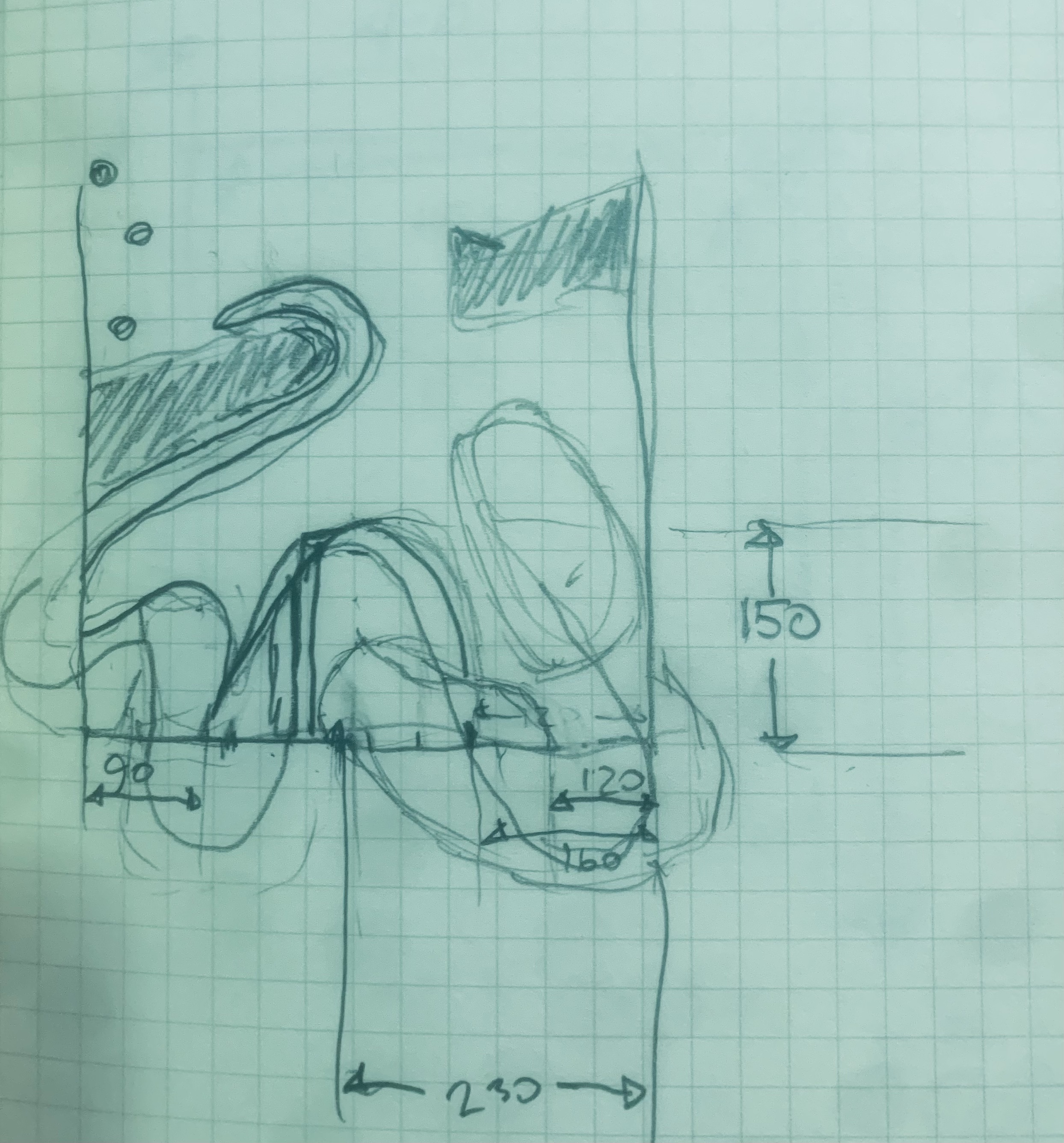 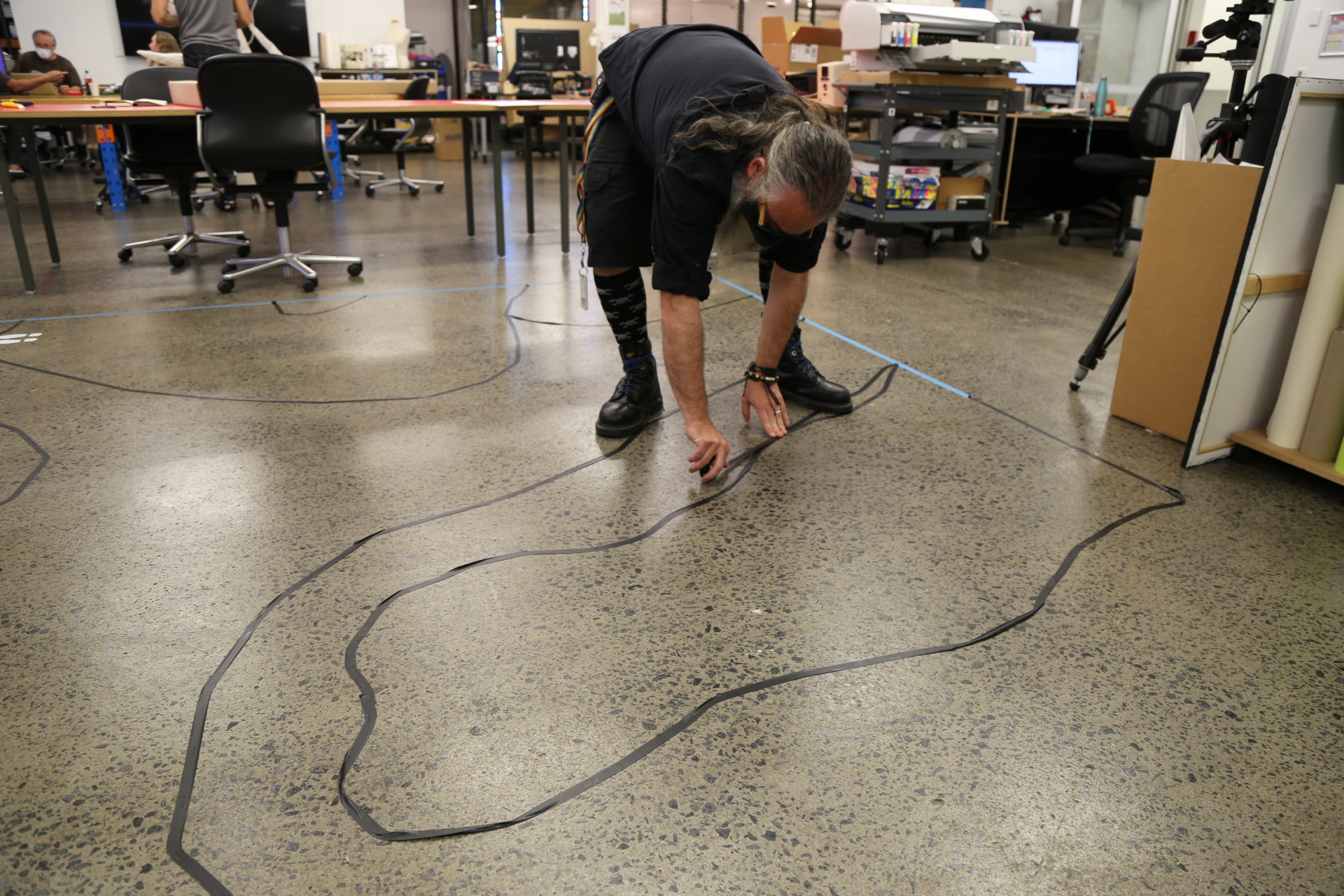 From here I laid out a basic frame from the ground up, making sure to break the whole down into components that would fit out the door 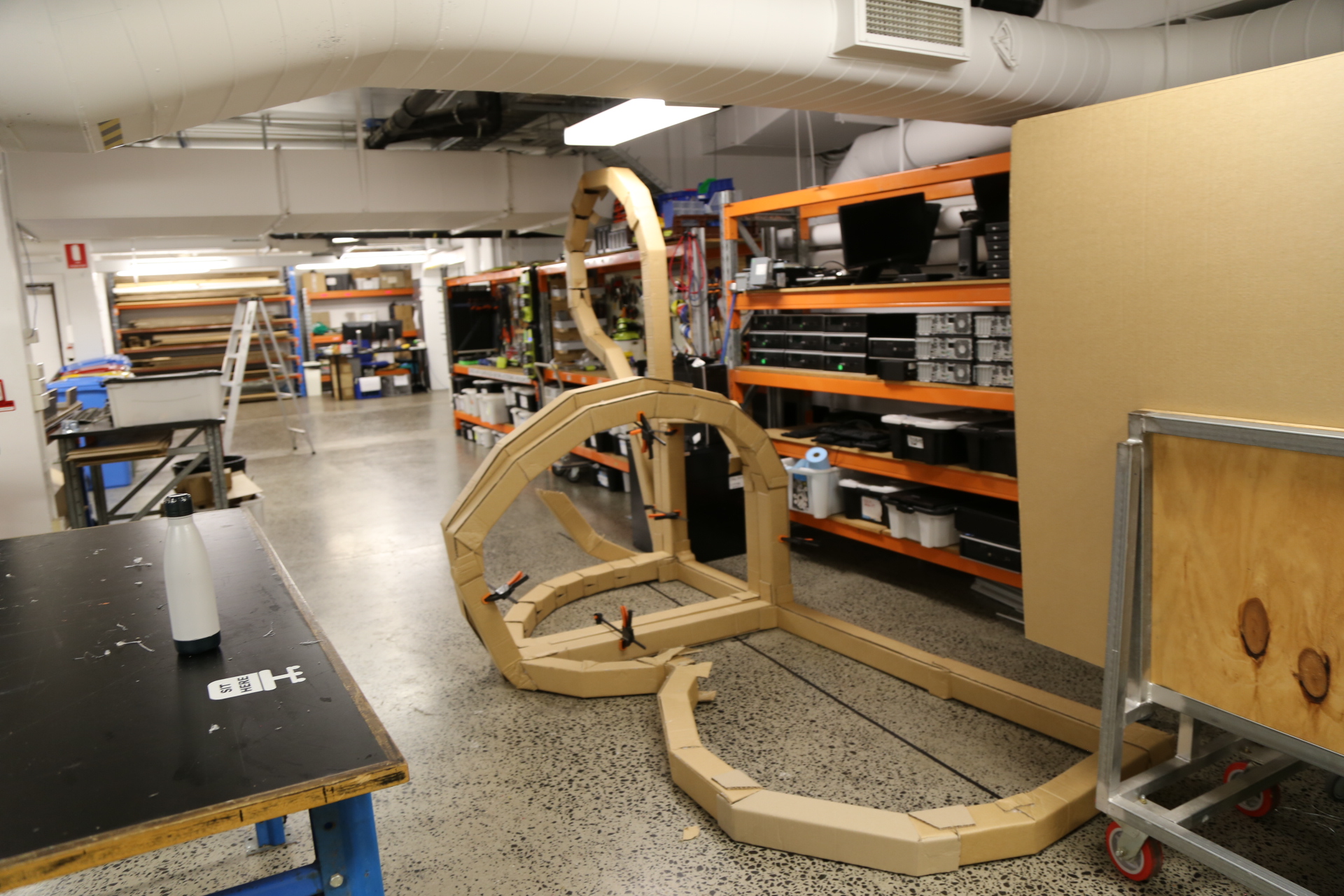 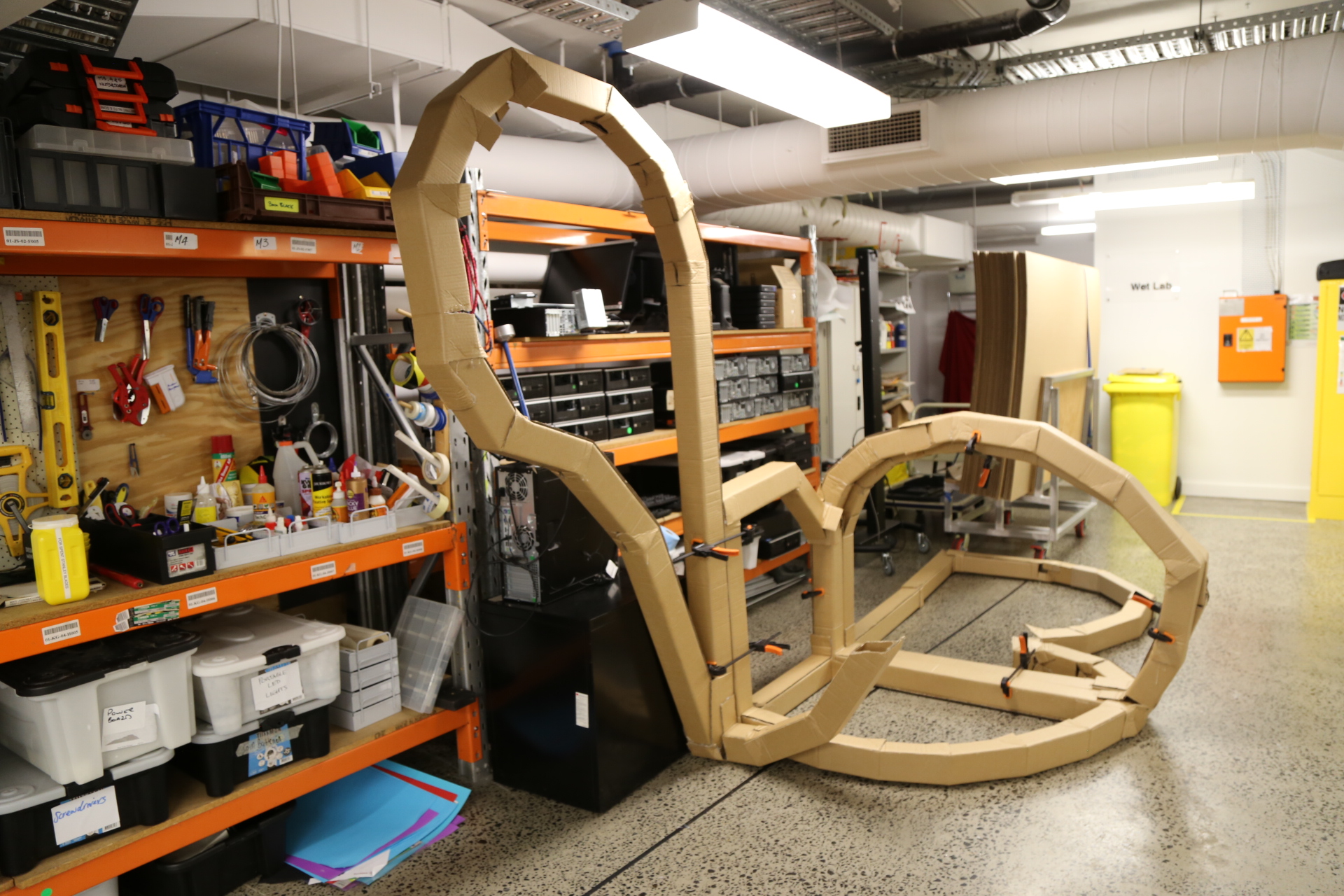 * I realised i've developed PTSDish type twitch about making sure things I make things that will go thru doors (portalible [sic]) - Im somewhat scarred by the embarrassment of not being able to get an assemblage out of the doors of the workshop, a trauma that is usually experienced in front or a collection of colleagues who are assembled to help you move it to its destination… and that sometimes results in the unceremonial amputation of a limb or butchering of a part of the object which you have taken many hours of careful work to make.

Once a general shape for each frame was complete, i began to “Strap” the frame. Straps of double ply cardboard, cut with the direction of the corro, can create nice organic curves between 2 or more anchor points, resisting to a point, more lateral force than straps cut at right angles to the corro. These straps can therefore be used to soften the frame and provide a scaffold that scales/ skin/ external sheet to be glued to. Its probably not until this strapping is completed that other people can see the final shape the sculpture will take. Strapping also is also an opportunity to square up and strengthen frames. 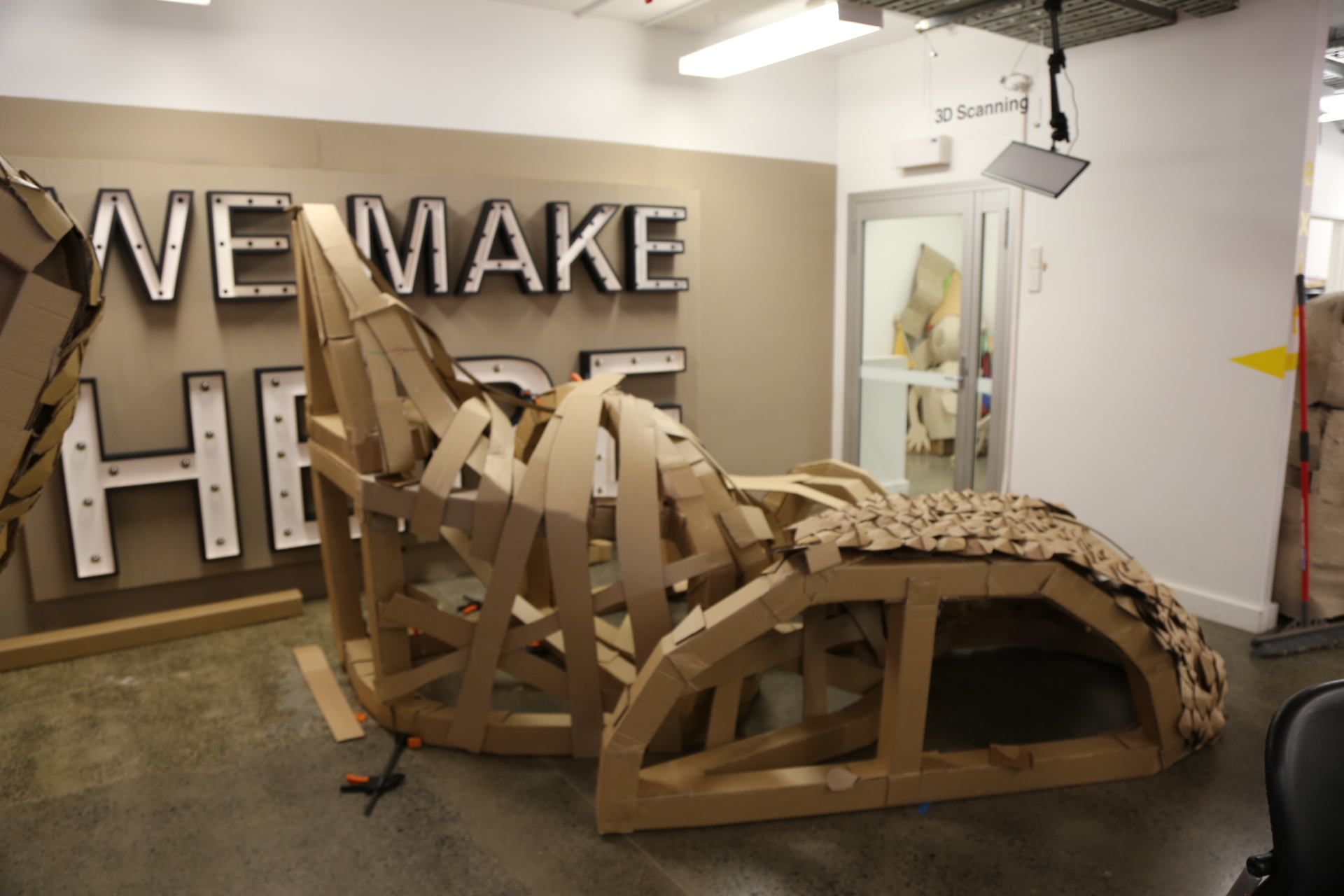 The outside skin of the dragon will be made of scales and spines down the back. The head would not fit on the head and the head still go out the door so these will need to be applied until the dragon is installed. As such the limit of scales/ spines need to be laid out along the body.

CNC router with the drag knife attachment was used to cut out bulk scales. The scales need to be distressed, glued and trimmed

Scales start at the nose and point back to the tail, a stylistic decision made by the young people on 9 Sept workshop. Scales were applied to the head, pretty much one at a time. But Tiffany has found a faster way of applying them, she glues them together in a sheet. reinforces them on the back with a scrap of single ply corro or corro off the role. This makes it easier to secure them and “you're not fighting gravity as much”

We'll need 30-40 teeth. Teeth are made by rolling/ scrunching and taping Corro off the role into a conical shape (as per the Students design 9 Sept) after this they are covered in the baking paper with a distress texture. Pauline and Coutney found that the fastest way to do this was to precut the paper into 50cm sheets and wrap and hot glue to the teeth in a flat sheet. Then scrunch up a 2nd sheet glue and wrap this.

Gums were mad by

Spines will be added to the sculpture at the installation stage, as all but one of the components requiring spines will make the components to big to be Portalible [sic]. We will do a test run on the Tail as this is smaller ( and from this create an esytimate of how long it will take to apply these.

Spines, the great majority of which will be 20- 30cm high (a few extra large ones and medium size on the head) are being made from a template and covered in the same way as the teeth. We estimate that there will be about 120 Spines down the back of our beaste 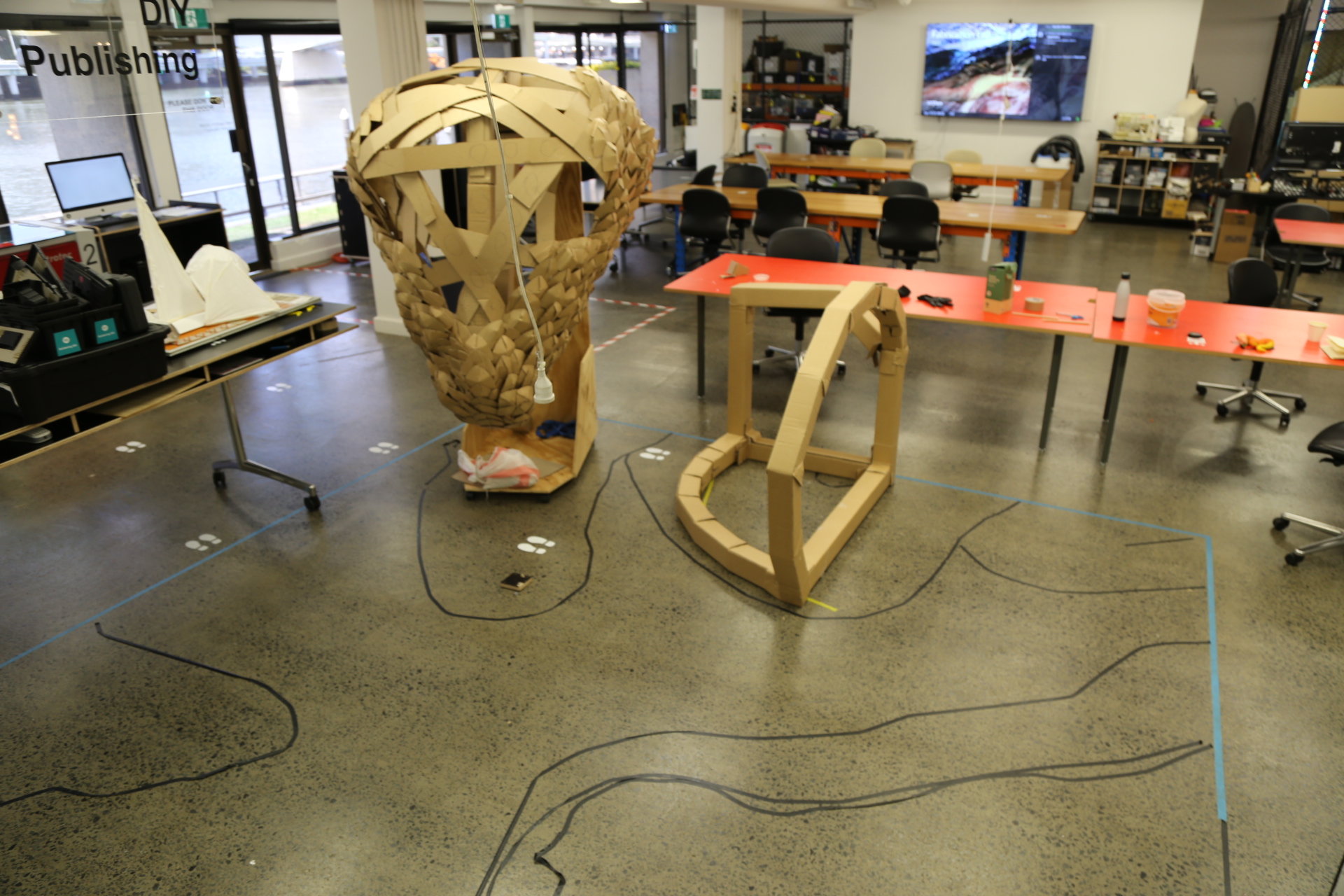 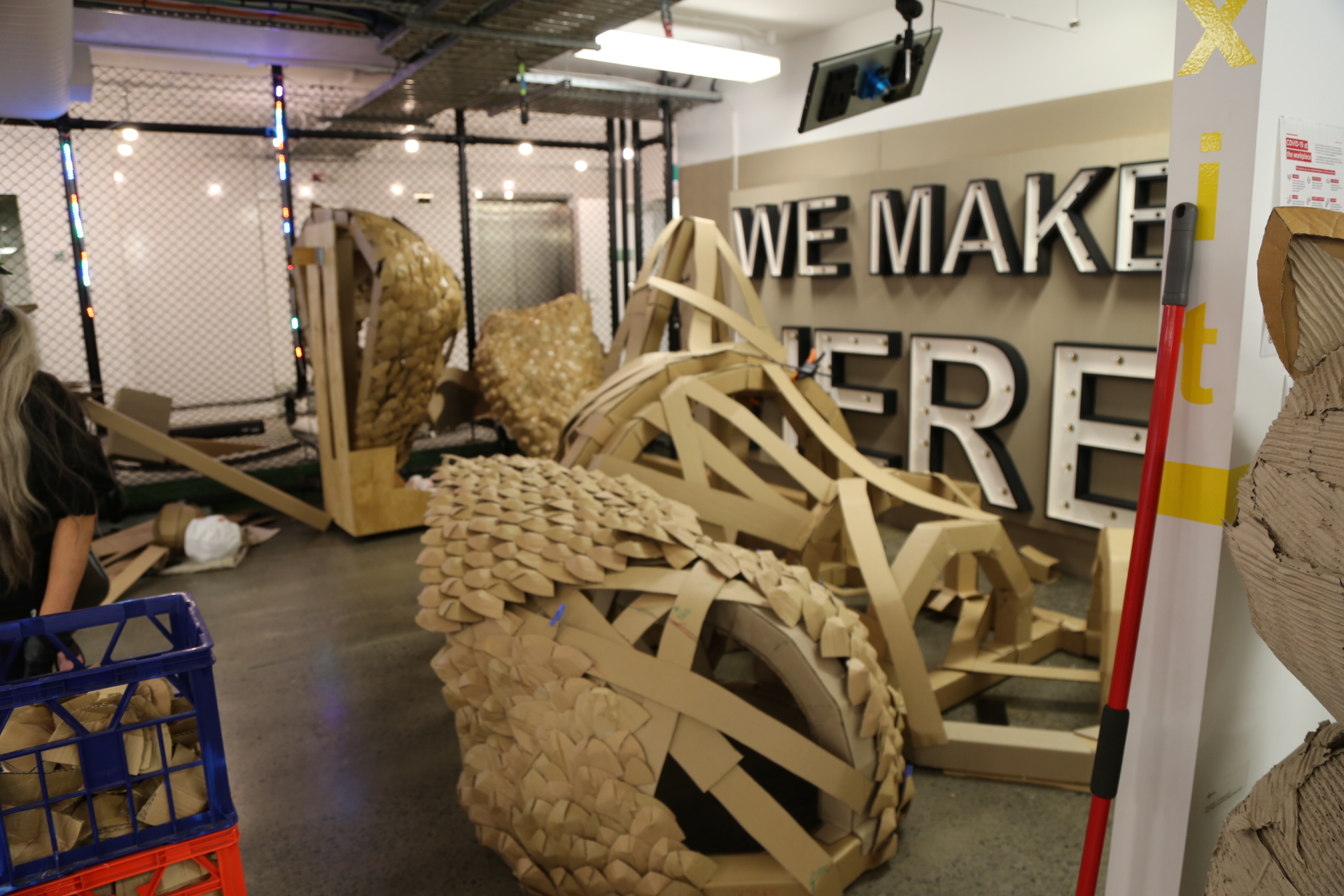 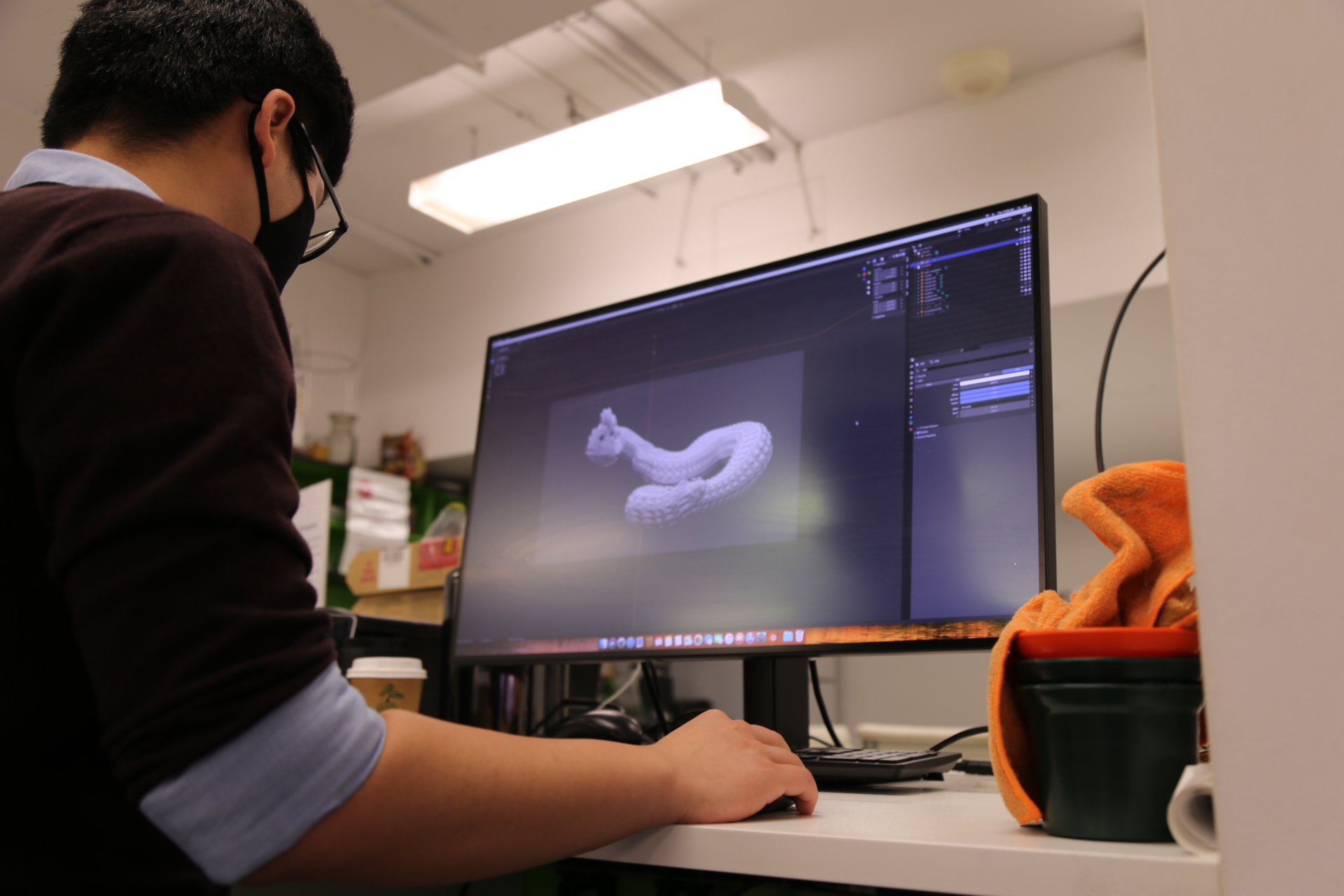 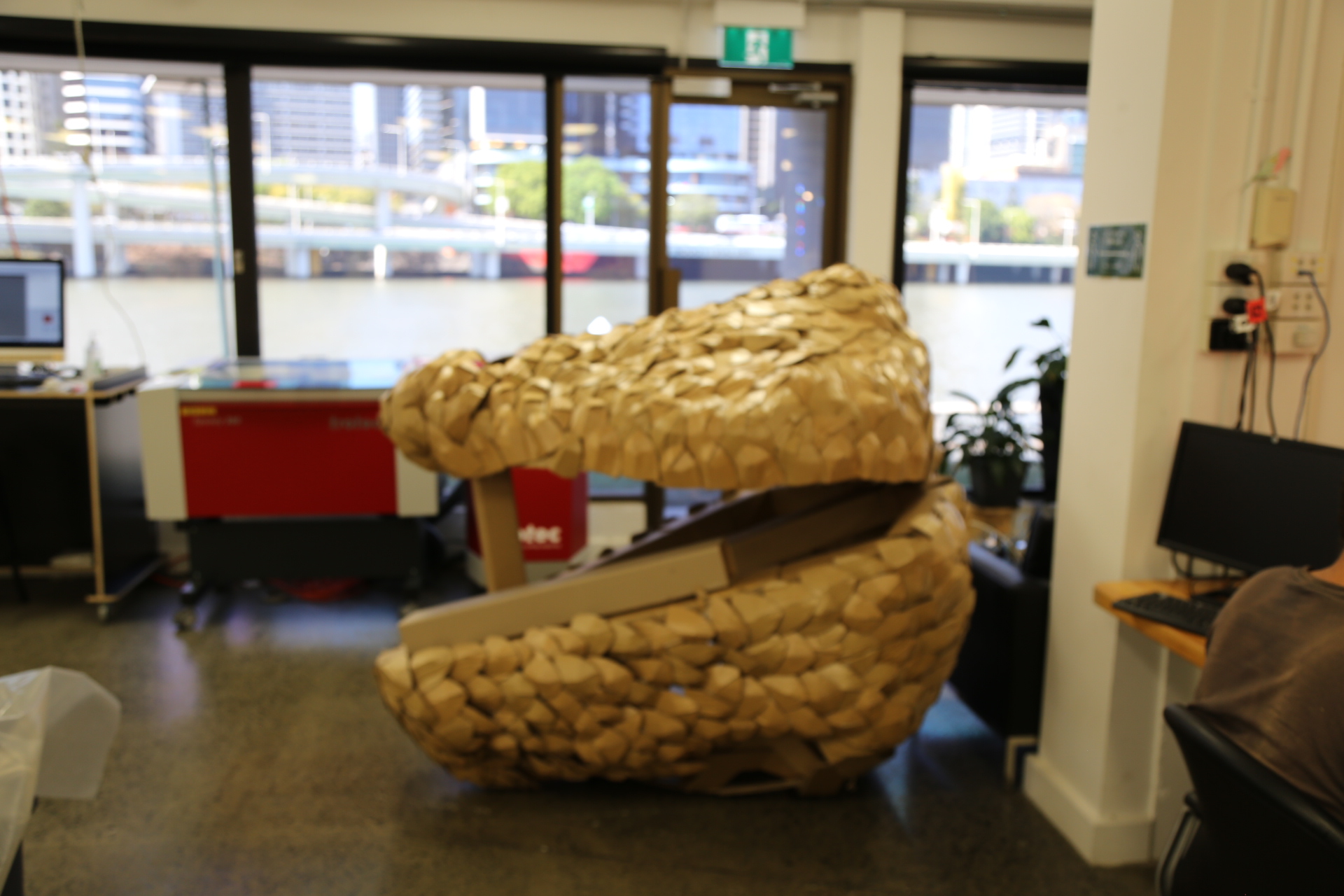