Some of the considerations when picking a camera is how it will be used in the particular workshop. Is there a need to demonstrate hands-on practical elements or is the workshop screen-based and screen-sharing is the only thing required? Facilitator needs to be seen.

Daniel's Ten Cents… The minimum resolution you'd want is 1080p and with that comes an understanding that not all web-cameras are created equal. Research is king here and understanding what you're getting is important before pressing buy. From personal research and experience outlined below are the three solutions I'd recommend/have used. These solutions cost, there's no denying that but in the long run you get what you pay for. Test what you have, look at what you're getting and make your own mind up. These are just the list of decisions I made with the information I had :).

To be honest, the video camera is my preferred option as it is the most versatile. If you have to buy a camera though it will cost you $1000 plus. You need to look for a camera that allows for a clean feed over the HDMI; a feed without any of the LCD overlay information. JVC and Sony camera do this pretty much across their entire range. Many DSLRs and some compact cameras also. It really is a case of looking at what you've got access to, how much you're willing to spend and how it works with your situation. Web-cameras are always going to be less stuffing around and have one less piece of kit in the signal pathway but will never give the really pretty picture.

While we're talking about cameras we should mention lighting. When I used to make movies with kids for a living the professional mentors would always say the difference between the kids films and theirs was lighting. They were right. Dingy lighting equates to a dingy picture, no matter how good the camera. All the camera is capturing is reflected light from the surfaces that its sensor picks up. You need to consider helping that along and that can come down to considering where you're shooting (see below) or adding some additional lighting (see below). Regardless the option, this is a consideration you need to take into account and the best way to measure your success review the feed on a second computer dialled into your meeting/session. See what the audience is going to see and not what you're seeing in your playback window. It's not representative of reality otherwise and that is what matters.

Although many devices come with built-in microphones they will generally pick up everything in the room (and perhaps some traffic and dogs too).

Daniel's Ten Cents… People will forgive some crap video - they've been trained to accept it with Facebook and YouTube - but crap audio will turn them off pretty quickly and there is absolutely no reason for crap audio, other than being lazy or not being able to spend the money to fix it. The first thing is not an excuse and with the latter instance I'd argue you've got to spend some money on increasing the production value and if you have to choose one option from the myriad, this is where you start.

So mentioned in the video camera section, the two web-cams recommended have really good audio built into them with noise reduction. Odds are the video camera has probably got decent audio. Testing to see how it goes with your setup - as mentioned above, checking from the client perspective rather than your monitor - to see how it sounds and make a call. If you're in a quiet room with not a lot of reflective surfaces you're probably going to be okay.

DO NOT USE THE CHEAP AND NASTY MICROPHONE THAT CAME WITH YOUR MOBILE PHONE!!!!! If you've spent a crap load on something like the Airpods, Google equivalent, Bose or Sennheisers you might be in luck or maybe not. I've got good ones and they're just not good enough from where I am sitting and listening. The microphone on my Macbook is okay but not great; it's designed for meetings, not performance or production. I am yet to find a PC that has a great built in microphone but that might be I am a snob. So all the negatives said, what are the options?

It is a big bonus to have access to a second monitor if screen-sharing is part of the workshop. This allows the facilitator to have an overview of participants and reading body language and mood and whether participants are raising their hands to ask a question. In some instances participants will show you their work (if physical) using their cameras. Seeing the participants during the workshop will help connect with them and makes the experience feel less one sided.

No matter how good your recording gear is, the acoustic environment is still the main factor in audio recording quality.

The easiest way to think about acoustics is in terms of acoustic 'comfort'. Ask yourself the question - how easy it is to hold a conversation with a few people in this space? Do I need to raise my voice to be heard with a few people in the room? Am I missing details in conversations? Does the space feel echo-y or 'cold'? Is there sound leaking in from outside, or being made by equipment in the room? If you answer yes to any of these questions, then the easy fix is change your acoustic environment - by finding another space to use.

What to look (and listen for) in a space

In technical terms, a good acoustic space for recording speech has a flat frequency response, a RT60 of less than one second, with a diffuse near field response. In non-technical terms, we are looking (listening) for a room that is:

You will find that rooms in your workspace or house that meet this criteria will have carpet or a rug, soft furnishings, a book shelf or two and a well sealed door.

Background noise can be acoustic, meaning its present in the physical space your are recording in, or it can be produced electronically by microphones, faulty cables or even the USB ports on a computer1). A noise can be sustained, like an air-conditioner, or an intermittent interuption like a dog barking. As mentioned above, the best way to deal with noise is to remove it - either by changing your location, workshop time, or removing the source of the noise. but if this isn't possible you can make your audio source louder (speak up!) and experiment with microphone technique, gain and digital audio processing.

Your mic will have an optimal position and orientation - you want to place it as close as is feasible to your audio source (you!) and make sure you are addressing the mic capsule2) directly. If you are using a built in microphone on a laptop or webcam you are of course a bit restricted by the best place for video, so a separate microphone give a few more options.

IMPORTANT Mics are either end addressed - like the Shure SM58 pictured below - which means you speak into the end of the mic. or side addressed - like the Numann TLM107 - where you speak into the front of the mic, usually facing the badge or logo. All mic will have a polar pattern that describes its sensitivity - most vocal mics have a cardiod pattern and they are most sensitive when addressed from the front of the capsule. 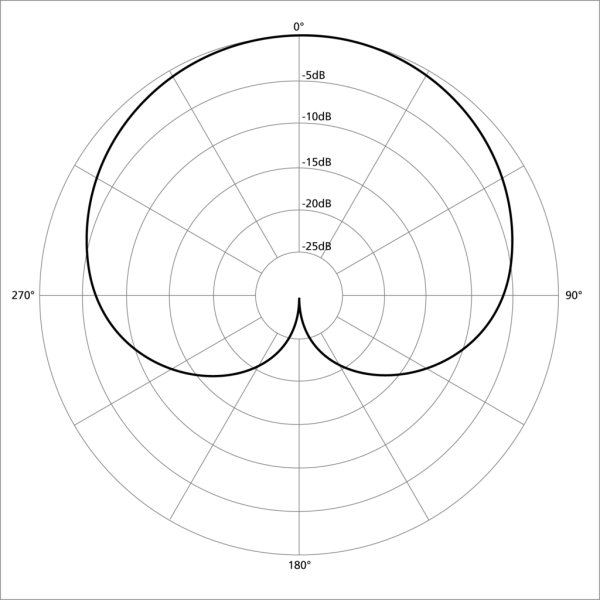 Take a look at the mic technique of an experienced podcaster like Joe Rogan - you will notice that his mouth (the audio source) stays in pretty much the same position, on the same microphone (a Shure SM7b) right in the sweet spot of the mic polar pattern. This is key to a consistent, quality vocal recording and the main factor in creating a “signature sound”.

Gain is an electronic process use to amplify (make louder) or attenuate (make softer) a microphones output signal level with a mic pre-amplifier (pre-amp). With built-in microphones your gain options are controlled by the sound control panel or drivers that displays the microphone signal level in real-time - called metering. As a general rule in this case your device will probably have an “auto-gain” feature that adjusts the gain automagically. By default you should be using auto-gain, the less we have to think about the better, but if you find your level is flucuating wildly due to some other sounds intruding test what a fixed gain level sounds like. Adjust your gain slider until your voice signal is in the top three quarters of the meters, without the meters turning red.

Distortion is that ugly crackling sound that results from the mic pre-amp signal being over amplified. There are many different kinds of distortion, but for our purposes, any distortion is bad and usually results from too mich pre-amp gain. You should always test your mic levels before your workshop - you want to avoid any red on your metering.

Feedback is the horrible ringing/whistling sound that we've all probably heard at some point. This occurs when the output of a microphone is amplified, and played back in the same acoustic space as the microphone by speakers.

The microphone amplifies its own signal again and again creating a feedback loop, until one or more frequencies overwhelms all the overs and stabs you in the ear.

Feedback can be painful and even damaging to your hearing, so its important to avoid and know how to stop it dead, fortunately this is simple to do.

The two options for controlling feedback are:

Once the feeback is under controll, you will need work out where the loop is occuring and eliminate it. If you have more than one participant in a room - its quite possible for your microphone to create a feedback loop with their speakers. So the general rule is:

One microphone and one speaker per acoustic environment (room)