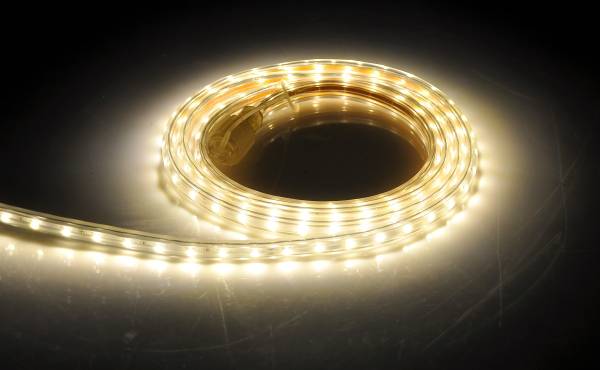 This workshop was developed by Peter Musk for delivery at Woodford in 2015/16.

The project was to devise a kite design with a fan mounted underneath that drove a small DC motor which would generate enough power to light some LEDs attached to the membrane. Flying the kite at night should then give a twinkling effect.

Kite designs were derived from http://www.my-best-kite.com/. The designs used in this workshop are here: kite_plans.zip

Methods for turning PC fans into wind generators were informed by: http://pcbheaven.com/wikipages/How_PC_Fans_Work/ and fan_into_generator.docx

Computer fans were obtained from recycling e-waste (though fans with two wires worked best). Fans from power supplies and internal CPU cooling were used. After initial testing, it was found that most modern equipment used fans with motor controls that were much harder to retrofit. Increased weight was also a concern. Subsequently, this approach was rejected in favour of attaching propeller blades directly to the shaft of the DC motor.

Kite membranes were made from large garbage bags (wheelie bin size for the large kites).

A template was developed to help participants create accurate shapes: the template was one half of the kite, split vertically. - using an existing crease in the bag made this more efficient. Although black bags are more readily available, green or preferably orange bags make it easier to see the template outline after it was drawn.

Because the final design required the membrane to be taped along the edge before cutting for added strength, initial cutting from the bag was about 1cm larger than the template.

Using a 3D printed dihedral made assembly much more efficient and reproducible (bowed cross members were difficult to get balanced). The 3D model developed is here: dihedral_v2.stl. It is made to take 6mm dowel struts, and reproduces the optimal 15 degree angle.

Low rpm low voltage DC motors were recovered from e-waste (DVD trays). The stepper motors that drive the spindles of CD drives and the tracking of the read head in the DVD drives were unsuitable because they require electronic motor controllers for operation. The small motor driving the tray mechanism was simpler, and therefore more suited. Research found that these are Mabuchi RF- 300 EA motors, available through Ali Express, but the dismantling of the DVD drive to recover the motors was an integral part of the workshop, and was well received by participants.

Recycled CAT-5 cable wires were used to manufacture the harness. Solid core wire was preferable for ease of twist connection. This wire is very thin and therefore light, and is available in quantity. Tests using a hair drier to power the fan showed that up to 6 LEDs could be lit at top speed (red and yellow worked better). The motor hung underneath the kite (where the spars are visible) and the wiirng harness was twisted onto the wires coming from the Joule Thief circuit and then along the spars. LEDS were attached in series along a double strand of CAT5 wire on each side for balance.

Propeller blades were hand cut from 18mm black irrigation low pressure polypipe using a paper template. The template design is here: night_kite_propellor.ai. The central line needs to run along the long axis of the pipe for the correct angle to result (this is important for optimal operation). Taping the template to the pipe made for easier cutting. Two perpendicular blade assemblies were attached to each motor (after punching a hole at the centre point with a sharp screw), giving a 4 bladed propeller. The blades are mounted with the concave face forwards, and held in place with a dob of hot glue if required.

This was manufactured by participants from 2mm wire, with a tight loop passing around the body of the motor and the two legs left long enough to wrap around the horizontal spar. The motor was mounted about 6cm from the body of the kite to allow free movement of the propeller. A third leg was attached along the axis of the motor, and wound around the vertical spar to give a 3 legged support.

A Joule Thief circuit was attached between the motor and the LEDs, mounted on a paper circuit diagram, and enclosed in a cardboard enclosure. Designs are here: night_kite_designs.zip.

A winder was made from one piece of light pine as a handle, and a hand formed 2mm wire spool (sort of a wide u-shape with the short sides bent inwards to make a reel that took the fishing line). The cheapest kite line was found to be heavy monofilament fishing line, with about 50m attached to each winder (remember to tie it on to the winder before you reel on the 50m of line).

The spars were 6mm dowel (check design for length required).

String was builders line, which was thick enough to make knot tying easy. This line was used to make the bridle, and a short trailing line with a loop that allowed the fishing line to be attached.

Electrical tape was needed to strengthen edges and corners according to the design.

Hot glue was used to fix knots in place on the spars.

Excellent descriptions of the various knots used, and how to tie them, are on the website quoted above. These were made into stepwise instructions (with photos) for use in the workshops.

Complete documentation of the assembly process has not been completed (partly because the large size of the device).

Instructions presented to the participants during workshops are here: night_kite_instructions.docx

Knot tying instructions used in the workshop are here: prusik_knot_instructions.docx

Participants found the recovery of motors from e-waste an engaging and instructive experience. This meant that some tools were required - Phillips screwdrivers, small pliers.

The dihedral made assembly easy and failsafe.

The kite design was excellent, and participants were engaged by this process.

The workshop consistently ran overtime - at least 3- 4hrs is required.

Demonstration requires a substantial wind (which can not be guaranteed). The kite is large, and heavy and will not lift in a light breeze. Balancing the kite is tricky (requiring manipulation of a sliding Prusik knot along the kite bridle), and even flight is elusive. Launch is best done with two operators, and running could be involved.

Successful demonstration of the working design has thus not been achieved.