HERE LIES THE ENTRY FOR AN IMAGINED THING

This is a thing imagined by Oscar, aged , on Thursday July 8

The full name of this thing is: Gargor

It can be found in: His species can be found in the mountains around the small Roman villa of Lomahatten which is surrounded with dozens of exotic plants inside of a ring of mountains (in my imagination)

It is known that: Plants live between his joints, moss on his back, ferns and other plants on top, calm and at bliss

This thing has three important features: He is friendly, Most of his body is based on natural elements like plants, rocks and soil, and His head is that of a rhino, with a pose similar to a gorilla

An image of Gargor can be found here: 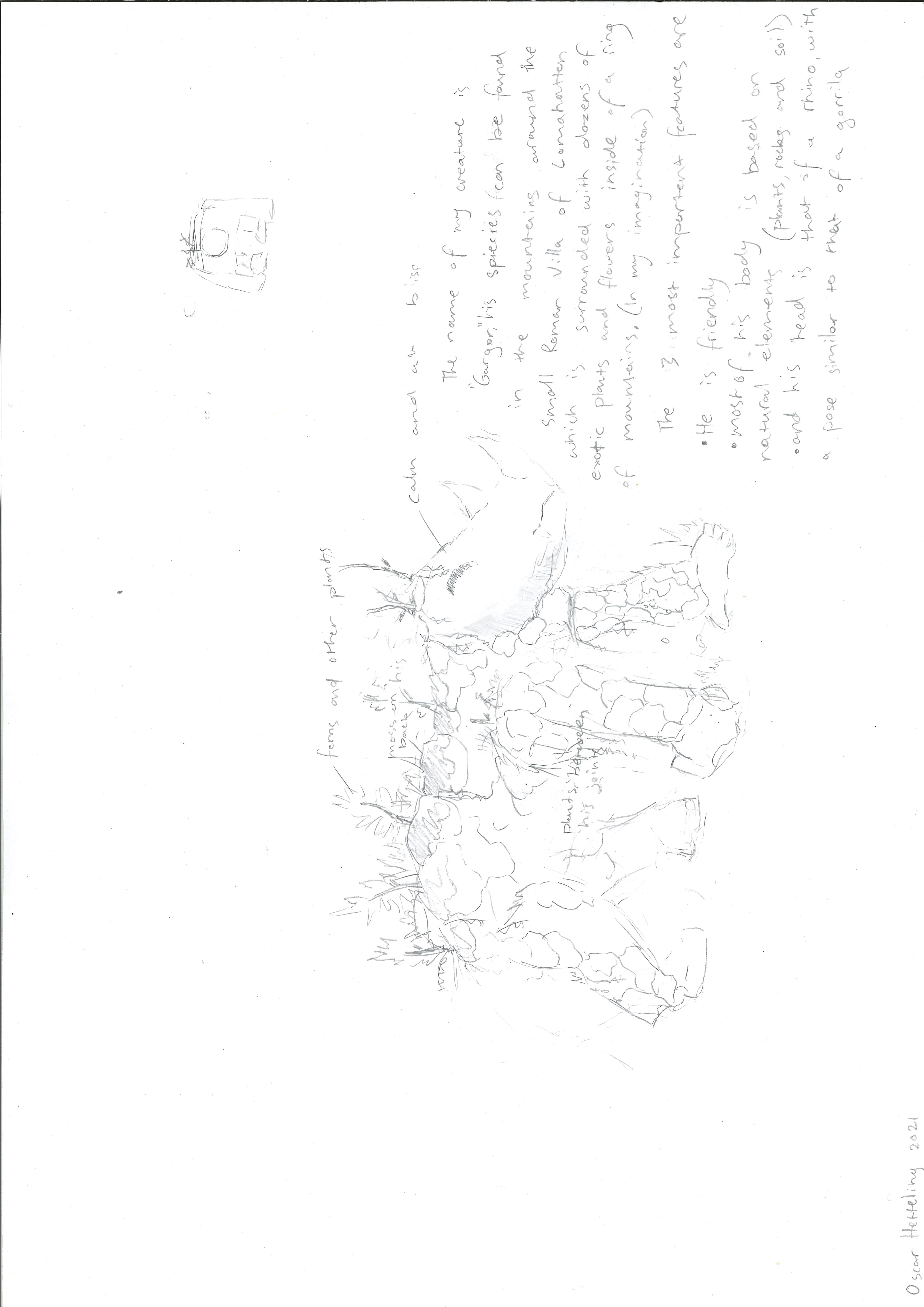 This is the unique QR code for this Imagined Thing. Right click it to save then share it, so you and others can find your way back to here to this point of The Well.

IT IS KNOWN! HUZZAH FOR THE GREAT & GRAND RUMPUS!